California, it’s been real. After nearly 1700 miles we unceremoniously crossed into Oregon, leaving the desert, the Sierras, Lassen, Shasta all in our rear view. But! Before we bid CA adieu, one last blog post (mostly) about her. 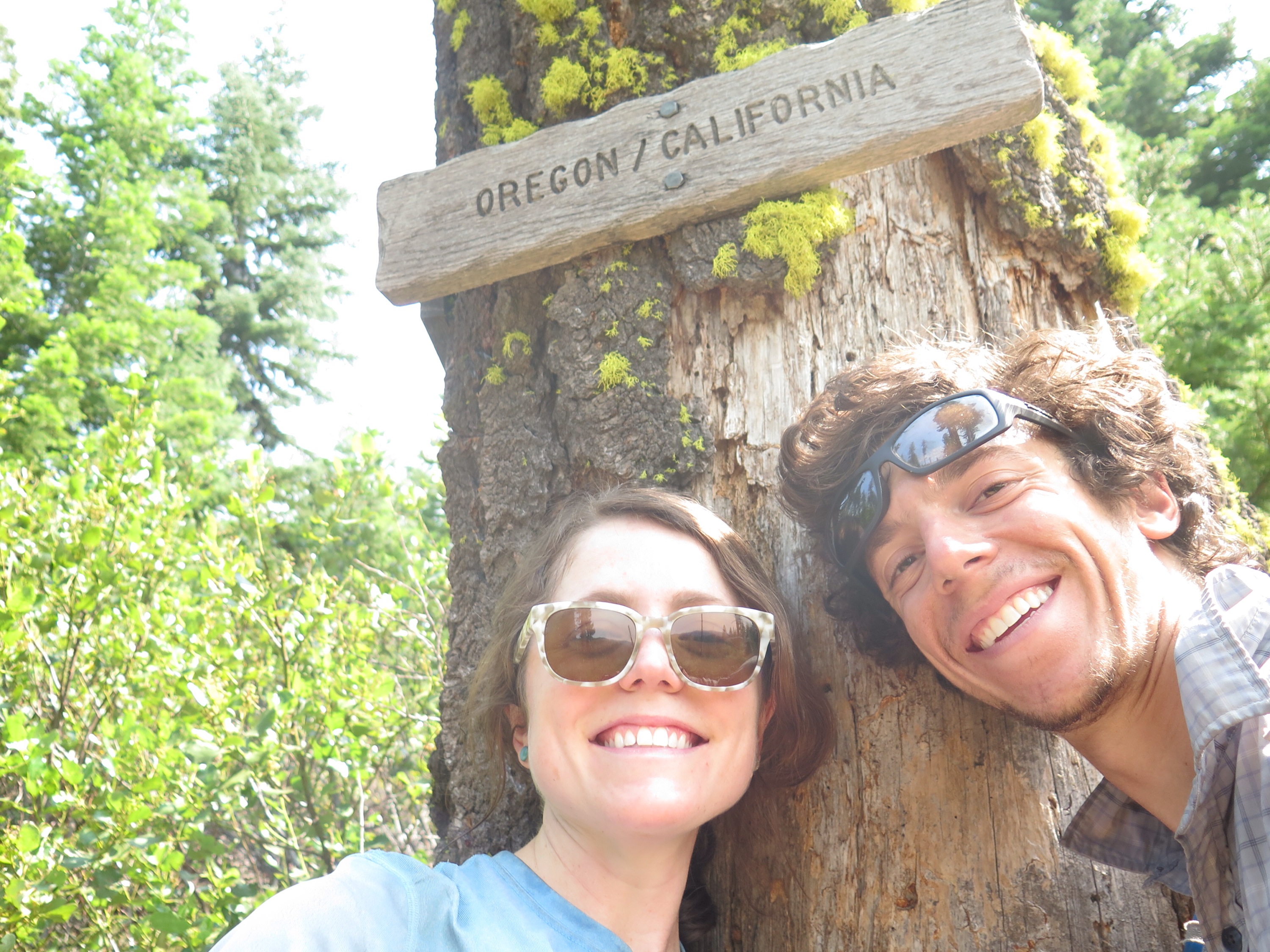 We’d heard two things about Northern California: dry and hot. And was it dry and hot? Sure it was! But it was so much more. Our route took us up and around Castle Crags, through the Trinity Alps, and along ridges in the Russian Wilderness. Around us, camp counselors led groups of mosquito-bitten youngsters to the multitudes of nearby lakes (they were very curious about us) and locals packed in picnic lunches. In the old burned areas, colorful birds stood out starkly against the deep-black char. And, through it all, Mt. Shasta loomed prominently. Know this: Mt. Shasta always steals the show. 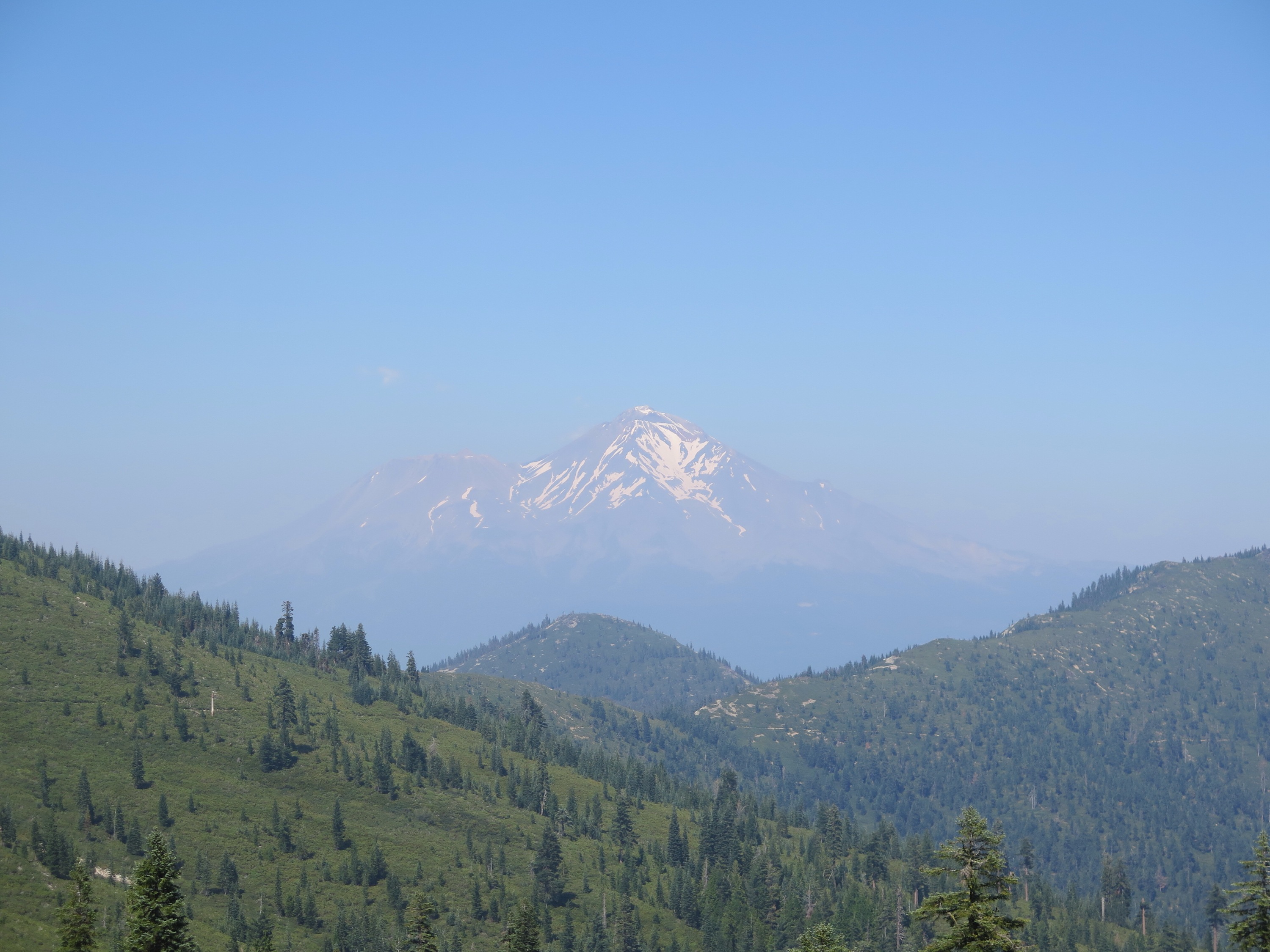 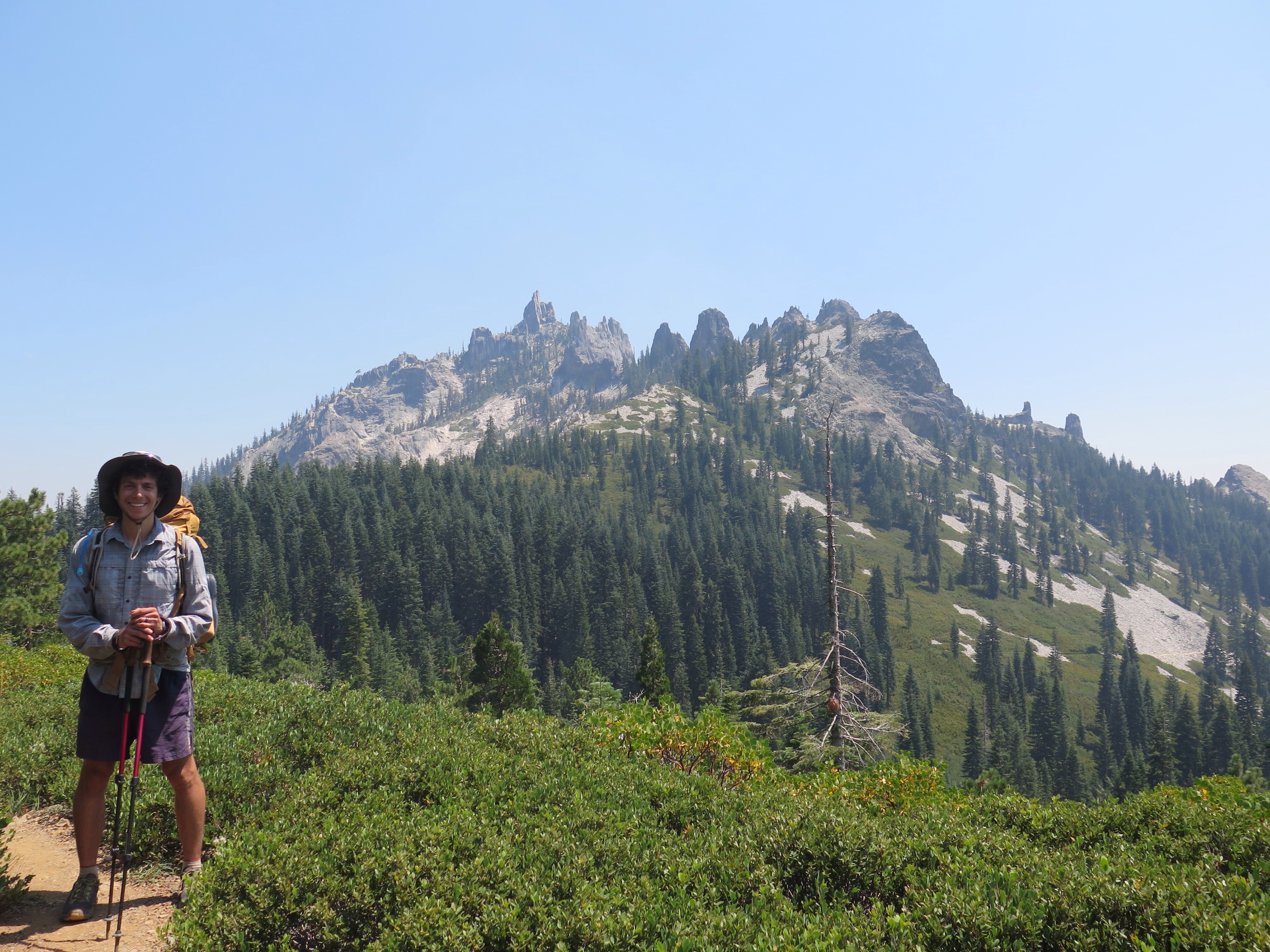 We eventually wound our way down – waaaaay down – to the tiny community of Seiad Valley, where, at 105 degrees, it was legitimately hot and dry. There isn’t much to the place save a store, a post office, and an impossible pancake challenge. The cashier at the store told me she’s never seen anyone eat the entire five-pounds of pancakes. Too much pancake, even for thru-hikers, it seems. We spent a lovely evening camped at the RV park, watching Monty Python and trying to stay cool. 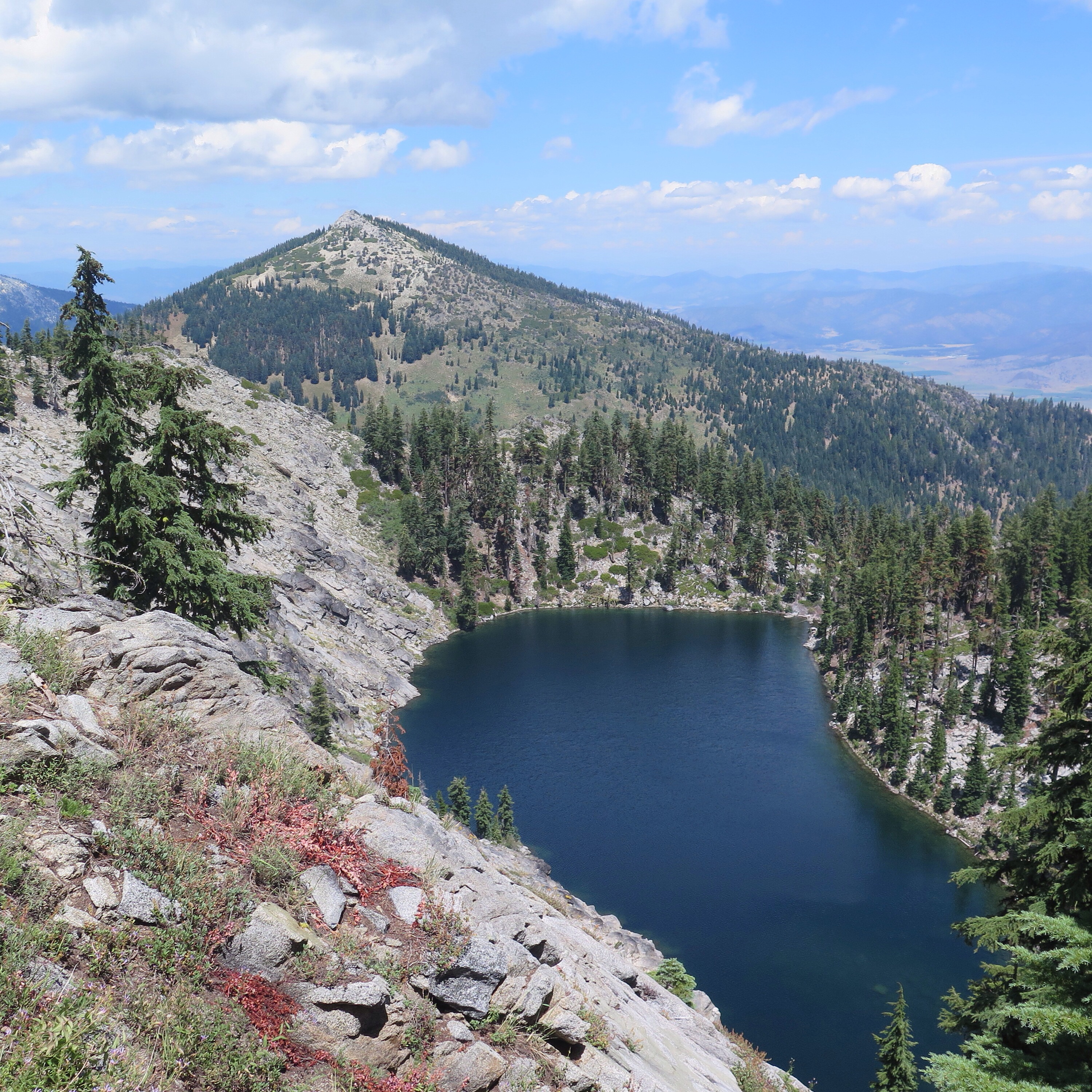 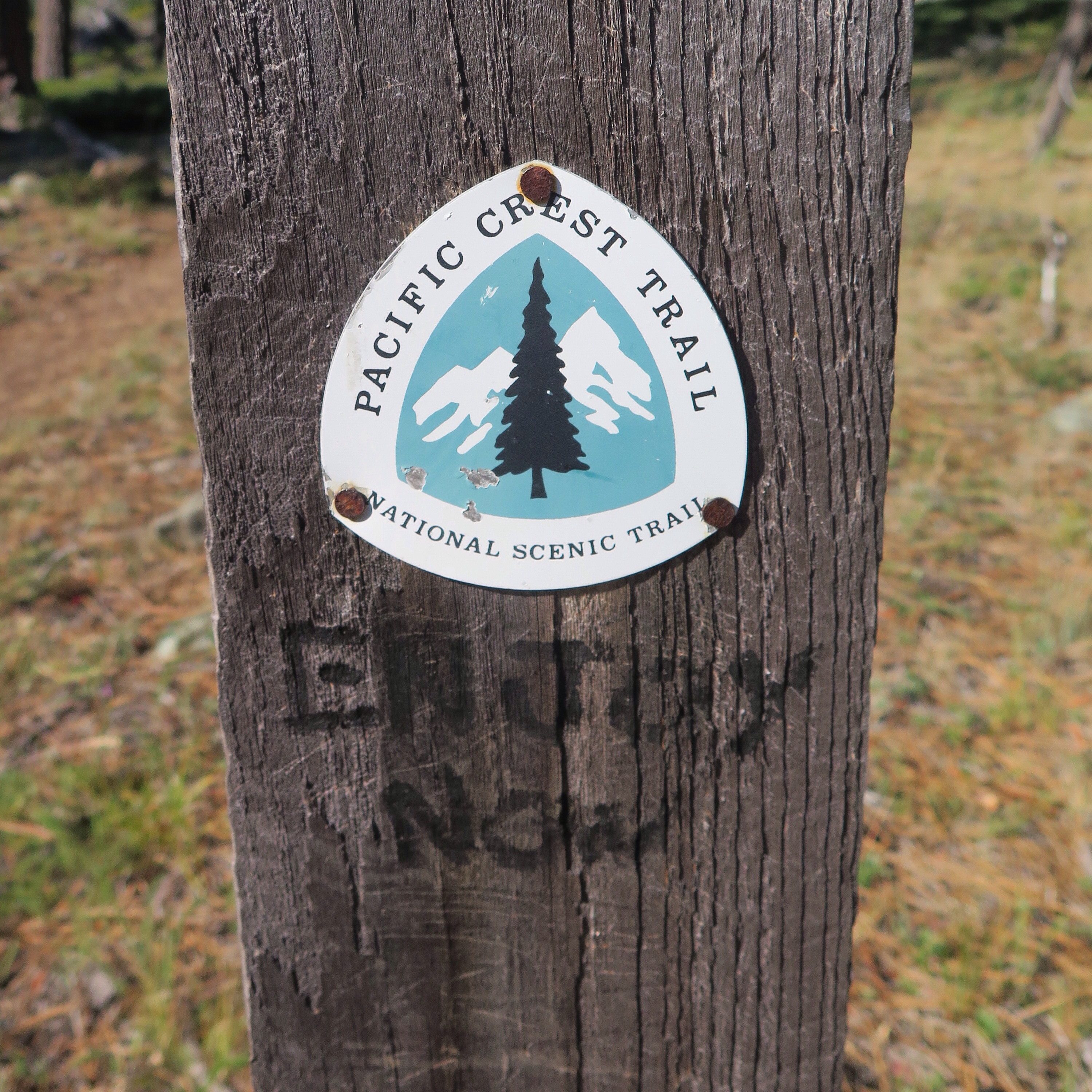 The climb out of Seiad received a lot of hype (4800′ in eight miles), but we did it in the morning and made it up to higher elevations before it got too warm to walk. Soon the milestones began: last day in California, 1700 miles, OR/CA border. The scenery in Southern Oregon sure looks like Northern California, but these landmarks, however arbitrary in the scheme of things, give us motivation. Cheers to a new state! Cheers to more hiking!

Veggie has been keeping the Instagram well-fed, so check out the photos there. Also, a loving shout-out to Christine and Linda for hosting us last, and to Gwen for hosting us now.